I’m always up for a new adventure and love flying experimental aircraft, so I was thrilled when John called me to move his Sonex. I was even more excited when he mentioned the aircraft needed delivered to Kingston, Ontario, Canada. This would truly be a new adventure for me as I’ve never personally flown into or within Canada; but how hard could it be? Read on for details about the trip and pictures along the way!

Day one was an early morning for a long trip. Things began with a weather delay on my 7:00 am flight to Minneapolis which put me 45 minutes behind right out of the gate… This flight connected to a rental car for the nearly three hour hike to the Rusk County Airport in whats best described as the-middle-of-nowhere Wisconsin. All this travel felt like a full day, but I finally made it to the plane and was ready to get going with the long afternoon of flying ahead of me! 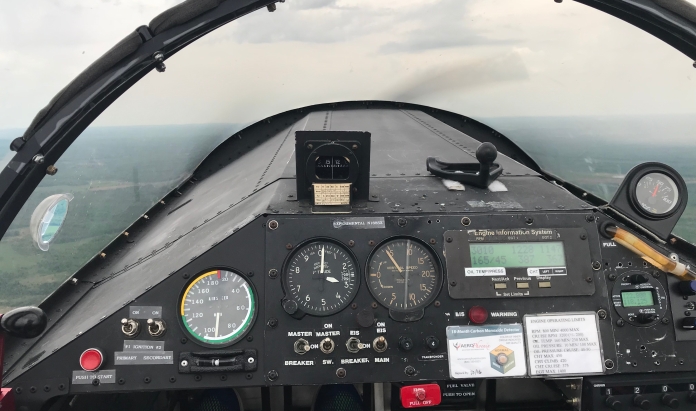 My first leg was over Manitowoc (KRCX – KMTW) and began by dodging the rain that slowed up my earlier commercial flight before passing by Oshkosh and stopping for fuel. This short stop was no short of hospitality, the staff were easy to work with and offered a soda for me as I continued my journey to Michigan. Here’s a shot from the ramp!

Next stop, AvFlight Saginaw, Michigan (KMTW – KMBS) for fuel and a quick customs check. After arriving, the ground crew had a lot of questions about the aircraft and experimental airplanes in general that I was happy to answer while we gassed up and sent me on my way! (Yes, I’m wearing a life jacket for the great lake overflights) 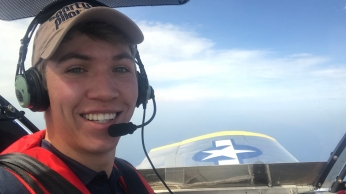 Now for the good stuff! With VFR flight following, eAPIS & CanPass all arranged, the Sonex and I took off for London, Ontario, Canada (KMBS – CYXU). This was the shortest leg of my trip at just over one hour and after talking with Cleveland and Toronto Center while enjoying a 15 knot tailwind, I arrived as scheduled at 1900. After taxing to parking at B&W Aviation Services, the customs officers greeted me with a smile and finalized most of our details. Unfortunately, there was a slight mix-up with taxes paid on the aircraft so my quick customs/fuel stop turned into an overnight in London. No big deal, I worked with the new owner and customs officers to clear up the paperwork so I could leave at first light in the morning. When the FBO found out how early I was going to get going, they even offered for me to stay in their facility for the night! 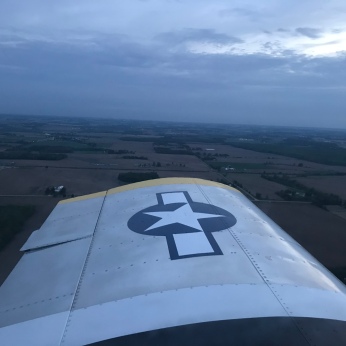 After this quick overnight, it was time for the final haul past Toronto and onto Kingston, Ontario (CYXU – CYGK). I lost my tail wind, but flying early in the morning was smooth as silk and it felt like I was in a movie flying in a military paint scheme low across the coast line before making my final approach into the Kingston airport. The only difference flying in Canada caught me off guard with was the airport controller at this non-towered Class E airport who advised me of traffic, current winds and runway suggestions and parking instructions. I brought this up to the aircraft’s new owner, Keith and he said he loves the hints and support they offer pilots.

After arriving and quick FBO check in, we tucked the airplane into it’s new hangar at the Kingston airport, handed off my customs paperwork and talked over the details of the aircraft and performance numbers from my trip. Keith then offered a ride to the VIA train station where I caught the next train to Toronto, a flight to Detroit and a drive back to Cincinnati (so I could stop home and have dinner with my parents on the way)! 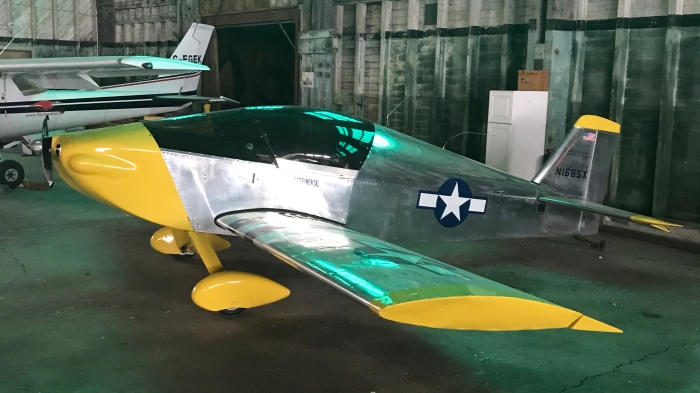 Please feel free to reach out for a quote on any aircraft ferry or contract pilot needs: Jacob@HavensAero.com

View all posts by Jacob Havens