This year, I had the opportunity to attend my first NBAA Bace conference in Orlando. I was able to catch up with old friends in the industry, see familiar airplanes and experience brand new products like Embraer’s Praetor 500 and 600! You could argue that the best part of my trip was spent visiting a high School friend at Disney World… but tied for first was the unexpected opportunity to ferry a Quest Kodiak 100 from the Orange County Convention Center through city streets to the Orlando International Airport (KMCO).

When in Orlando, NBAA Bace is a trade show split between the Orange County Convention Center and the Orlando Executive Airport (KORL). The Airport is used as a large static display of business jets and the Convention Center hosts the trade show with a few turboprop aircraft and helicopters on display. Every other year, the show rotates between this setup and a similar experience in Las Vegas.

Although I missed the chance to bring a plane to the show, my new friend Mark with Quest Aircraft needed help moving the Kodiak 100 from the convention center back to KMCO. Lucky for me, NBAA, Signature Flight Support and the Orange County police department already had the logistics figured out; Quest (along with Pilatus and Socata) sent a pilot to oversee the aircraft for the journey and this was my role for the night. 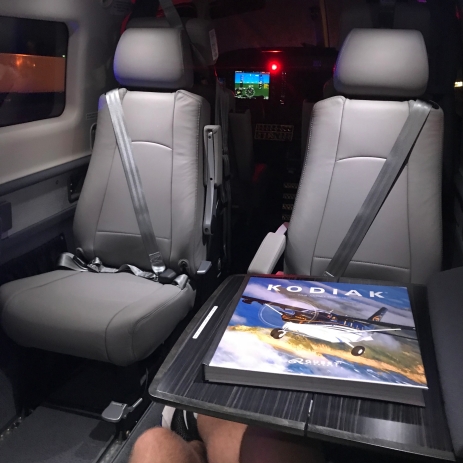 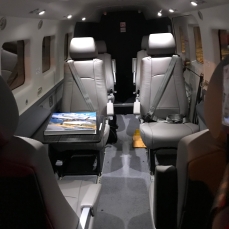 We departed the convention center around 11:30pm and quickly got in the way of traffic. With an escort of about 15 police officers and a cherry picker (for any signs or wires that got in our way), we were able to keep moving but definitely forced those behind us to ride their breaks.

Signature flight support had a team of wing walkers for each of the three aircraft, so slow and steady was the theme for most of the trip. The PC12 was our lead aircraft and with its wingtips removed, we had about 49ft of wingspan to shimmy through tight spots as narrow as 50ft! Luckily, the Kodiak’s relatively short wingspan of 45ft was easy to squeeze through and the TBM could follow suit with just over 42ft to deal with. 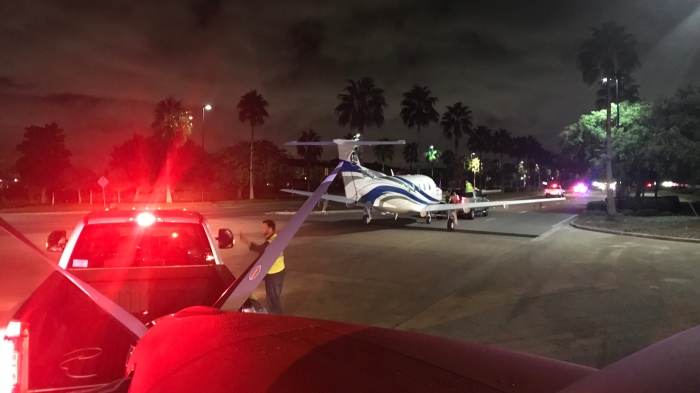 Thankfully, height was never an issue for any of us. We were able to get under signs and overpasses without any issues or tear downs. A couple of poles and stop signs may have become victims of the journey, but we let the police department knock those over!

After about 4 hours on this road trip, and only a few poles as casualties, we made it back to the airport! It didn’t take long to secure and lock the planes so we all locked up and went on our separate ways by about 4am…

View all posts by Jacob Havens